Shortly before Christmas and on the heels of the Newtown, Connecticut tragedy, the Canadian newspaper The Globe and Mail ran an article entitled, How do we forgive?  While I was thrilled to see the article in the paper, the article troubled me.  While the author of the article proposed a definition of forgiveness, it was clear that those interviewed were not necessarily operating out of the same definition as the one proposed.  Those interviewed were not only talking past each other, they were also talking past the person doing the interviewing.  Much has been said about forgiveness over the past 20+ years, yet we still do not seem any closer to a definition to which we all or many can agree.
The key points of dispute are this:
·       Does forgiveness require the offender to ask for forgiveness or is forgiveness something we do for ourselves, regardless of the repentance of the offender?
·       Is forgiveness the same thing as saying “it’s ok”?
·       Does forgiveness equal reconciliation?
·       Can we forgive on behalf of others?
According to my own attempts at a definition, forgiveness is the opposite of saying “it’s ok.”  To forgive means there was something that in fact was “not ok.”  And while it is often easier to forgive a repentant offender, we forgive first and foremost for ourselves, to release ourselves from the pain of the event.
But here it gets tricky:  To genuinely release ourselves from the pain of the event usually involves coming to a place where we are able to see the other as complex, capable of good and bad, just as we are complex, also capable of good and bad.  Sometimes when this happens we are able to extend the hand of grace to the other – when this happens we observe a quality in the human spirit that is so profound, it can only be described as holy.
Notice though that so far none of this is the same as reconciliation.  Forgiveness – precisely because it is so much a personal journey – can easily be unconditional.  Genuine reconciliation on the other hand goes beyond the personal to directly include the other, it must always depend on the movement of the other as much as on the movement of the self and as such, it is always conditional.
Posted by Unknown at 06:30
Email ThisBlogThis!Share to TwitterShare to FacebookShare to Pinterest 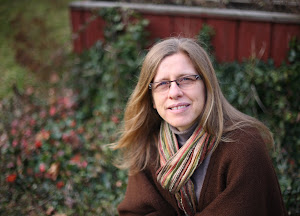